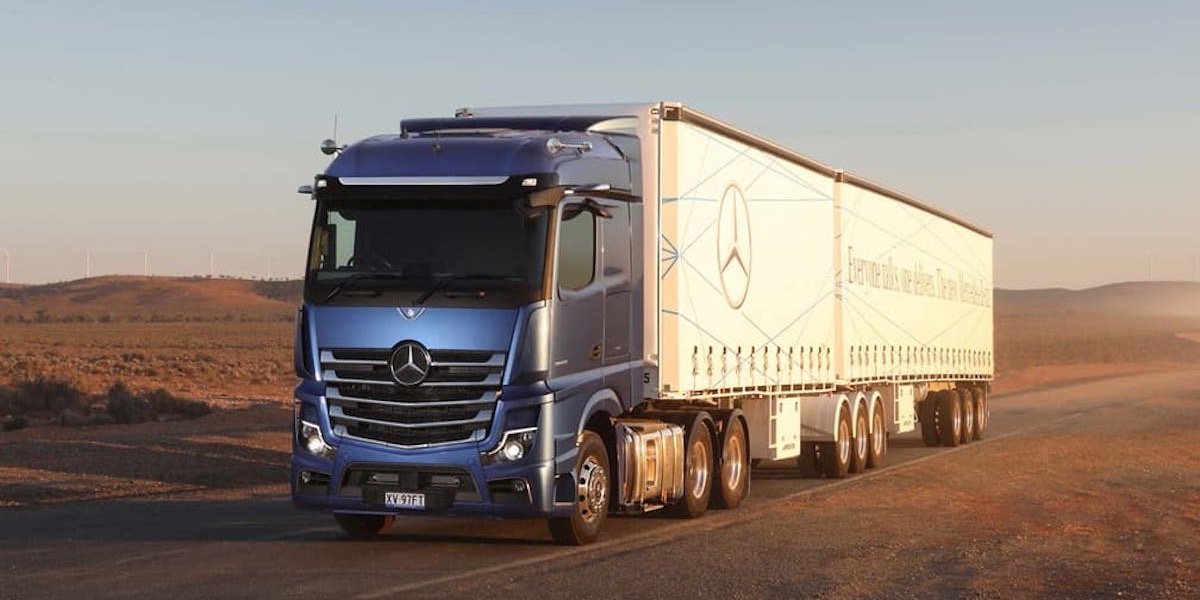 It is the first road-registered vehicle of any kind in the country with MirrorCam, which is both a fuel-saving measure and vision-improving safety feature. No cars available in Australia feature this technology as yet.

“We are proud to lead the pack and offer our customers another innovation that is not available on any other truck,” says Daimler Truck and Bus Australia Pacific President and CEO, Daniel Whitehead.

“The remarkable suite of new technology in the new Actros means the best cab-over truck available in Australia is now even better,” he says.

However, Mercedes-Benz says the optional MirrorCam system is not the only stand-out feature to be introduced with the new Actros.

The new Actros introduces the fifth-generation of the Mercedes-Benz Active Brake Assist system, a radar/camera system which can now automatically perform full emergency braking for vehicles and pedestrians.

Mercedes-Benz is introducing the new Actros after an extensive local validation program with customer fleets, which yielded positive results and orders for the model.

“We’re excited about bringing our Australian customers the world’s best heavy truck technology and give them an edge by driving down costs and helping increase their profitability,” he said.

“The existing Actros has been great on fuel, but the new one is even better. That’s certainly the message we’ve been receiving from our validation fleet participants.”

The new Actros will also be made available with the new SoloStar restful cabin concept, which has been well received since it was introduced last year.

SoloStar represents a new way for the driver to rest in the cab. By moving to a fold-down bed instead of a permanent bed, there is ample space for a driver to spread out during rest breaks or before bed using the café style lounge seat which is positioned at the back of the cab on the passenger side.

The idea is to create more useable space for the driver during the day.

When it is time to sleep, the driver seat is pushed forward and the passenger seat back folded forward to allow for the drop down bed, which features a generous 850mm-wide mattress.

Other changes for the new Actros include new LED daytime running lights within the headlight cluster, the addition of keyless start and a new electronic parking brake, which automatically engages when the engine is switched off.

Mercedes-Benz will offer customers an extra incentive to buy the new Actros with a complimentary Best Basic service plan that applies for 500,000km or five years, whichever comes first.